Survivors: The Animals and Plants that Time has Left Behind - Richard Fortey 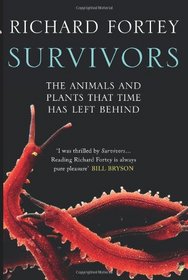 Dictionaries define a survivor as a person or thing that continues to function or prosper in spite of hardship or setbacks. Biology has named many organisms in its time, though not all have survived in the way that Richard Fortey defines survivor in this book. For Fortey, a naturalist and paleontologist, a survivor is an organism that has survived as close to its original form through geologic time. That is, through the hundreds of millions of years. Hominins (human-like organisms), to the best of our knowledge, have walked Earth for only about four million years. Fortey’s survivors are truly ancient.

Though a paleontologist – and one obsessed with trilobites – Fortey does not play favourites. In a rare foray into the world of living organisms, he runs the gamut from microscopic algae to plants to musk oxen, describing each one in the lyrical language that makes his writing come alive and make even the most humble creature seem like the most exciting thing on the planet…at least for that chapter!

In his visit to Yellowstone National Park, Fortey visits the many geysers in search of extremophiles, the microscopic algae and bacteria that thrive in the acidic, boiling hot water where the pH is around 2 and the temperatures around 80C. It was here at the Obsidian Pool that a group of hyperthermophile (extreme heat loving) Archaea (bacteria-like cells) named Korarchaeota were discovered and in 2008 were claimed based on molecular evidence to be the most similar in structure to the first living cells ever. In response to this Fortey says:

“Now we start to see the horseshoe crab as an afterthought, the velvet worm as a postscript, and even seaweed as a tardy arrival: we have taken a huge bound back to the earliest moments of life on earth.”

That would be in the range of 3500 million years ago.

As for plants, they do not date from quite as far back as the Archaea but Huperzia, a small green herb known as a club moss, is related to the massive trees from the Carboniferous of 300 million years ago whose tree trunks were one of the major contributors to coal seams. Fortey traveled to Norway to visit Huperzia, which had survived both the Permian and Cretaceous extinctions meaning it would have been on earth near the Silurian – 400 million years ago – when plants first began to colonize land and developed vascular tissues in order to transport water throughout their bodies. Fortey describes Huperzia as “the botanical equivalent of the horseshoe crab”, which also dates from the same geologic era.

Throughout the descriptions of the many organisms in this book, Fortey explains in the simplest terms possible the relationship between organisms as well as their relative positions on the evolutionary tree. He discusses the hypotheses for their ability to survive alongside those hypotheses about why others were not able to survive the same conditions without getting bogged down in terminology or the minutiae of debates amongst evolutionary biologists. In this way he makes this information accessible in a way many writers on evolution are unable.

At times Survivors takes on a more polemical tone, as Fortey involves humans in the fight for survival of his survivors. Sharks and their relatives have also survived since the Paleozoic along with Huperzia and the horseshoe crab, although they may now have met their match in humans who may engineer the loss of several species of shark due to an “appetite for their fleshy fins”. Sharks from which fins are removed are not killed, but are thrown back into the ocean where they spiral to their deaths in the depths as their fins are what stabilize them as they swim. Fortunately, Fortey makes these arguments without falling in to the trap of many who make similar claims of humanity’s effects on the populations of organisms, that there are just too many humans on earth causing destruction of nature by their mere presence and nature. Instead his tone is more measured, and about how it is human choices that are wreaking havoc on populations, from shark finning for making soups to contributing to the climate change that may throw off reptilian gender balances.

“I grieve that the Nautilus that has survived the dinosaurs is declining because of a trade in tourist trinkets. … The extinction event that is happening right now is the first one in history that is the responsibility of a single species. There’s no meteorite this time, no exceptional volcanic eruptions, no ‘Snowball Earth’, just us, prospering at the expense of other species.”

Fortey wrote this book because he cares about survival of ancient bacteria, lungfish, musk oxen, sharks and the multitudes of other organisms he wrote about in this book and the ones he hopes to write about in a future volume. I believe in writing Survivors Fortey also hoped to make its readers care about these organisms’ survival as well, and to work to make choices that will allow that to happen. Since many extinctions are happening as a result of things like habitat loss and climate change, these choices and changes are well within our reach.
Posted by Anna at 7:17 PM 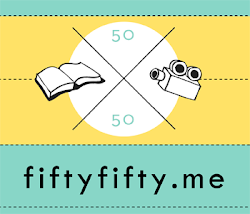